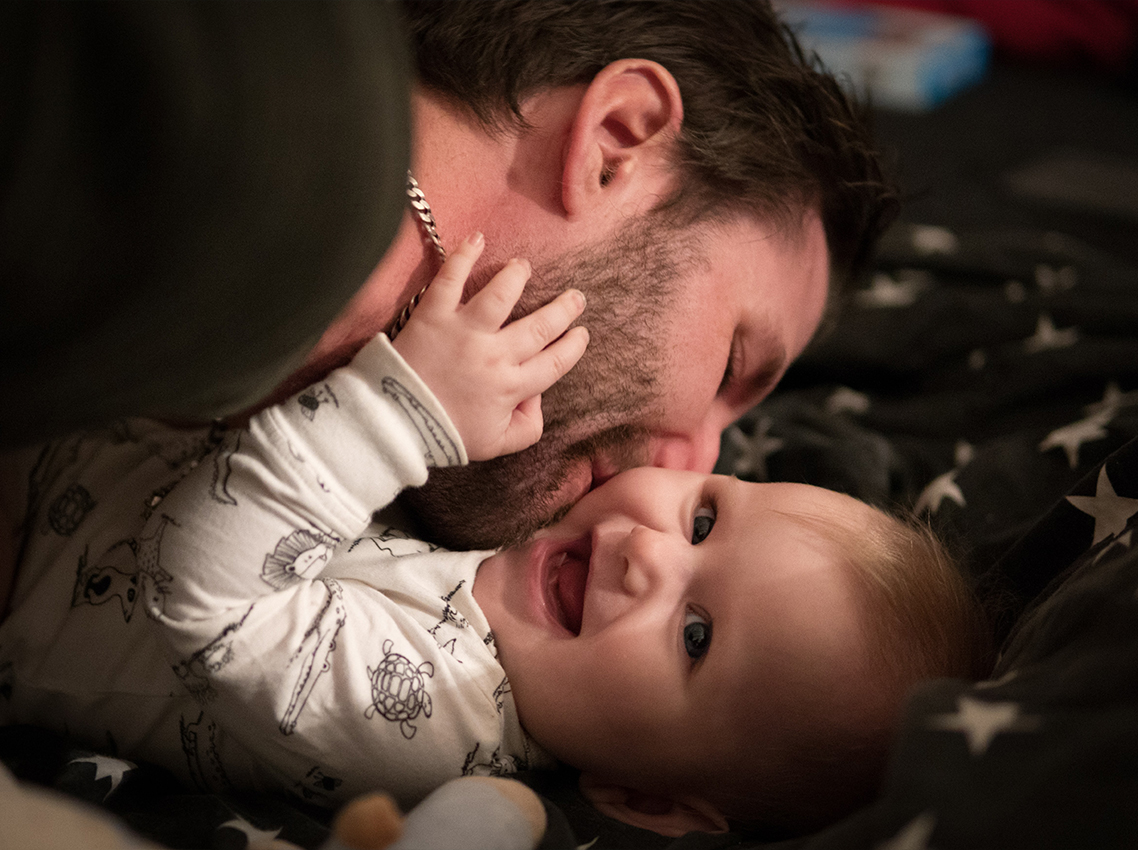 The neighbor's baby is already talking - but ours isn't yet

There is almost no child who does not speak or learn his or her mother tongue. So why does our toddler's language development always cause us so much worry and headaches?

Language comprehension in toddlers
Parents naturally pass on language to their children - not because they are teaching them, but because they are exposing them to their own language, which children themselves intuitively analyze. In fact, babies begin to learn their native language even before birth, at the moment they develop their hearing (somewhere between the 25th and 35th week of pregnancy). Even before birth, the baby is able to recognize linguistic information (speech) and separate it from non-linguistic information (instrumental music, barking, snoring, noises, etc.). What's more, based on the accent pattern, it is even able to distinguish between languages!

Laughing, crying and babbling
The baby cries from the first breath. Between the sixth and eighth week, however, it begins to produce voices, and soon after it makes its first laugh. Between the sixth and ninth month of life, a baby drops voices that adult speakers can already recognize as part of their language inventory. It is a process of babbling through which children test their speech organs.

Prelinguistic period
During this period they are able to produce a universal range of voices, including those they soon discard (e.g. the French 'r', the Dutch 'g' and the Arabic 'h'). Around the ninth month, they begin to limit the number of voices according to the language they are learning. According to linguistic research, the vowel systems of French and Arabic infants are already different at this stage. The same happens with syllables: If the infant has so far used the simplest syllables (so-called open syllable = consonant + vowel) and put them together to form a sequence of consonants and vowels (e.g. ma-ma, da-da, ba-ba), he will now also begin to pronounce differently formed syllables, if the language to be learned naturally allows this.

Vocabulary development in young children
When a child begins to assign meaning to two consecutive syllables, his pre-linguistic phase ends. From now on, words consist of sounds and meaning. At first, the child pronounces them in isolation and only after some time begins to combine the two words into sentences. Next, the child acquires a vocabulary at an incredible rate: it is said that a twelve-year-old knows between 100,000 and 200,000 words. If we assume that the average twelve-year-old knows 150,000 words, this means that he learned an average of 20 words per day during his childhood. Imagine learning 20 phone numbers per day!

Language development does not depend on other cognitive skills
Children start using tweezers and standing on their feet on their own, even if their parents don't "teach" them or help them. They also learn language automatically - spontaneously and effortlessly - independent of their other cognitive abilities. Even children who cannot keep up with primates in solving problem tasks due to brain defects are clearly superior to orangutans, chimpanzees and gorillas in linguistic communication. The tongue is used in humans in much the same way as "radar" is used in bats and "sonar" in whales.

The role of parents in language acquisition
Your child's language development is accurately predicted in his genetic makeup. Without a doubt, he or she will speak and confidently master his or her native language. So you don't have much influence on the acquisition process. But it is up to you how rich will be the vocabulary he acquires: Will he stop at a hundred or two hundred thousand? If you want to help your child learn a language already, expand your vocabulary so that the child also incorporates as many terms as possible into his mental vocabulary.

So if your lready babbling (yours isn't yet), if some of your peers are already pronouncing their first recognizable words (yours isn't yet), if most kids in kindergarten are already combining two words into a sentence (yours isn't yet) - you're not a whitehead. Unless you suspect any cognitive issues that might be related to or interfering with language development. In that case, consult an expert immediately, for example at the Institute for the Deaf and Hard of Hearing in Ljubljana. Also consult an expert if you are deaf or hard of hearing, as both can affect contact with language and thus automatic language acquisition.